I'm gonna try and find some more complicated svgs.
Strangely enough, the main file of these renders pretty well, despite having text-shapes...

(fixed, was related to the redering of the shapes with clipping that are placed inside the groups) 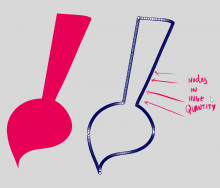 On the right is the shape created from the selection, which was created using the ping shape. notice the amount of nodes in the vector shape

FIXED: everything except filters works fine

I'm going to disable all the filters for the initial release