Tags
Subscribers
tosta, ognarb, twitt and 3 others
Assigned To
None
Authored By
niccolove, May 29 2020

Koko is a Kirigami convergent application to view images; it handles well touch input both on phones and touchscreen laptops. It should be a medium term goal to bring Gwenview features to Koko in order for it to be used in desktop as well. 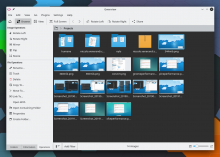 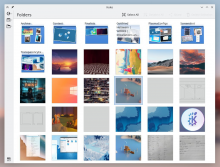 It pains me to admit this, but I'm in favor. Gwenview's codebase is really old and hard to modernize, and it's not exactly a super feature-rich app in the first place. It's probably for those reasons that development activity is very low. I think this seems like a reasonable thing to shoot for.

Of course distros choose the default apps, but we could encourage them once Koko is ready.

Recently I got into the source code of Gwenview. I was missing a crop tool that allows arbitrary rotations. While a rough implementation in Gwenview was quite easy, I never solved all problems to also retain the old behavior, which is why I not yet committed it. However, after getting a deeper look into the codebase of Gwenview, I agree that several things could be refactored or rewritten, although I still like the application itself. If someone could review/help, I would spent some time on polish or adding some new features.
Personally, I am not a fan of mixing mobile and desktop applications as it is difficult to implement a good usability that works with touch, mouse and keyboard at the same time. A prominent example might be Adobe Lightroom which still fails to have a unified user interfaces that works for mobile and desktop devices.
However I the mookups look cool and also very much like the name Koko for an image application. Unfortunately I never worked with QML and I was not even able to start it (error message: module "org.kde.koko" is not installed :/ ). According to the git log there were nearly no new features added within the last two years, so I am not sure if replacing Gwenview would help to gain activity.

@twitt The error you are getting is because you didn't source the prefix.sh with source prefix.sh then it should just work™.

@ognarb thanks! It did not work out of the box, but it helped me make it run (I'm on arch linux and had to change the kirigami version to 2.4 and remove the usage of ImageColors to make it run)

For it looks nice and feels more modern. I like the simplicity and the simple file sharing I am used on the smart phone. It reminds me of the early days of Discover, Elisa or Kube. Although they look really nice and improved over the time, they never convinced me as desktop applications. I am missing a context menu and the variety of configuration options I am used to - they seemed to be designed rather for touch interfaces than old style desktop interfaces (mouse/keyboard). Which is fine and I am sure a lot of people are using it, it's just not for me :)

I think the image gallery (or image/video) app must be like Piktures is for Android.