In the context of the Touch Screen and Screen Edges KCM, using the term "Run Command" to
refer to KWin is inaccurate and misleading. By using a string that starts with an action
verb and no ellipses, it is suggested that the action is literally to run some command,
prompting the user to think "which command will it run? How do I choose what it is?"

This patch changes the action text to "Show KRunner" which is the proposed new standard.

See T10966: Unify how we refer to KRunner for more information and reasons why to do this. 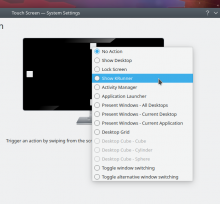 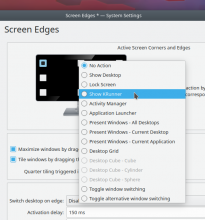 Code wise it's obviously fine and the goal of being consistent definitely makes sense.

Personally I don't like the name chosen, but there's no point discussing that everywhere.
Consider this a ship it that's conditional on D21341 + whatever else getting approved.

Thanks! If you have an idea for a better name, please feel free to bring it up in T10966.

Makes sense to me. "Run command" is far too vague. The first time I saw it, I thought it would let me run a command or bash script instead of opening KRunner.